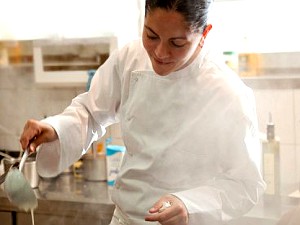 The fourth season of MasterChef Italy promises to be exciting, and full of surprises, and comes after the huge crowd of casting that have collected over 18,000 applications, with a cast of 20 aspiring chefs even more talented and younger.

Do you want some juicy preview of what you will see in the next twelve weeks?

They expect compelling evidence, major Italian and international guests and increasing attention to the food, the protagonist of the story.
Apart from having to master the ingredients in some cases very special and rare, aspiring chefs will gather catapulted into evidence in external breathtaking, which can overcome only with preparation, coldness and resistance to stress.

At the court of the new season of MasterChef Italy, they will also be accepted national and international guest stars, including:
Matt Preston (famous British food critic and judge of MasterChef Australia)
Rosanna Marziale (starry chef of the restaurant Columns of Caserta and San Bartolomeo House campaign to Caiazzo Cesarano).
Antonino Cannavacciuolo (the chef with two Michelin stars from the hit show kitchens Nightmare Chef and owner of Ristorante Hotel Villa Crespi in Orta San Giulio on Lake Orta) and Iginio Massari, former host of the program and undisputed legend of the protagonist in recent weeks of pastries new program “The great pastry” weblog Rai 2 with Catherine Bailiff reached its final stage with the last episode of 23 December.

At the end of 24 episodes – 12 early evenings – only the most deserving will reach the coveted prize:
The prestigious title of MasterChef fourth of Italy, in addition to the  100,000 in gold coins and the opportunity to publish a book of original recipes published by RCS Rizzoli.

Who will ‘, if there will be’, or the competitor who will represent ‘the South and our wonderful Campania?!?!

Appointment tonight at 21.10 on Sky One HD to find out!