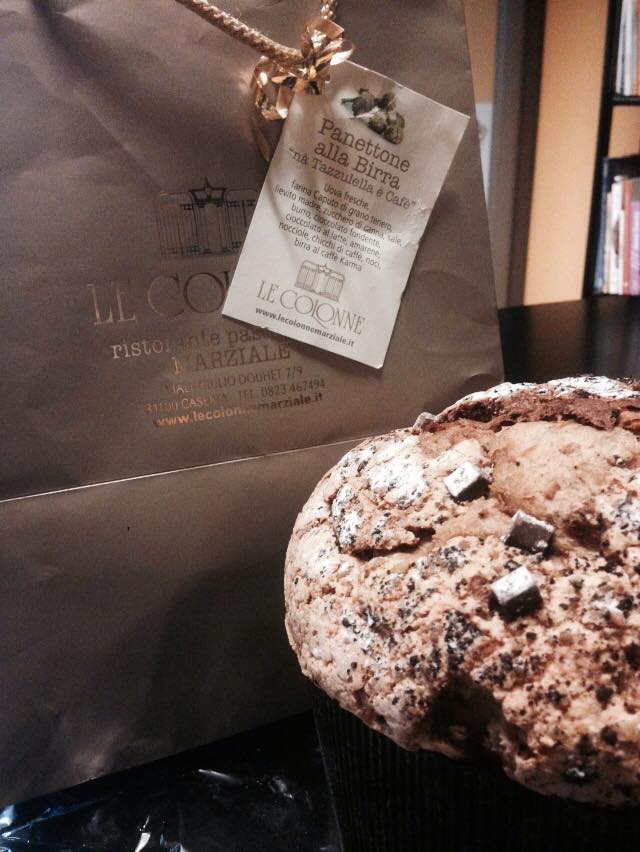 The Christmas holidays are synonymous with sweets. This year, 12 big names of white have given proof of how to unite the north and south, the old recipes and innovative forms. The occasion was the meeting “Molino Caputo: the Christmas cakes of the great interpreters, between tradition and innovation. The South is home to the North”, in the halls of Beluga Sky Bar at Romeo Hotel in Naples. Pastry chefs and chefs presented their sweet Christmas creations.

Sal De Riso has paraded, in addition to the 10 that already boasts panettone in production, the new Panettone Wildflower, created for the occasion. It is a cake that combines the north with the south and sees spire on top of leavened many napoletanissimi struffoli. Among the proposals of De Riso also Wandering fruit, fresh podium at King Panettone of Milan. Alfonso Pepe, from Sant’Egidio Monte Albino, which Milan won the top award in the category “classic Milanese”, wanted to offer a personal version of a classic Neapolitan yeast: the Baba Vesuvius, wet with orange liqueur. Rosanna Marziale, starry chef of the restaurant Columns of Caserta, has chosen to pay homage to the North and, next to the cake to beer, has proposed a “False gianduiotto” where “false” refers to the filling of beer and coffee, all guarded ‘interior of the chocolate in the traditional shape overturned boat. And if Sabatino Sirica, honorary president of the Confectioners Neapolitans, in agreement with the classic Neapolitan tradition, proposed Mostaccioli, Raffaioli, Pasta real and divine love, the young pastry chef Antonio Maresca wanted to reinterpret the Neapolitan Rococo, with a capacity to parfait, accompanied by hazelnut cream and tangerine sorbet.

The Benevento Stella Ricci paid tribute to Sicily with an elegant golden quashed and gave proof of his mastery, creating a stylized fir and decorated with fine roses, all in chocolate.

Paul Bags, historic Tuscan associated awarded as the Academy of Italian Master Confectioners, presented the Julep, a sweet yeast dough stuffed with walnuts and brown glazed; cantucci of Prato, proposed in an original version and the famous fried peaches Prato.

Those bags and Biasetto are among the 13 bakeries, all over Italy, who received the award of excellence awarded by the Gambero Rosso guide Confectioners & Pastries 2015, the prestigious “Three Cakes”.

Rounding out the team, four other starred chefs. Salvatore Bianco, executive chef of “Il Comandante”, the restaurant that makes Romeo Hotel the only hotel in Naples with starred restaurant, accompanied by Carmine Di Donna, proposed “My Christmas”: a creamy hazelnut, accompanied by jelly persimmon, chocolate bars and decorated with gold leaf and pansy; Pasquale Palamaro, the chef of the restaurant Indigo, the Queen Isabella of Lacco Ameno, reinvented the chestnut cake, creating a delicate and aromatic version, served with buffalo ricotta and laurel oil; Stanzione Giuseppe’s restaurant Le Trabe Tenuta Capodifiume Capaccio, Paestum, wanted to “soften” the classic Neapolitan fried donuts, serving them on a pudding of milk and honey, accompanied by milk foam, sprinkle with ratatouille and garnish all with salad of edible flowers, to recall the essence of wildflower honey, aromatic ingredient of many confectionery products Christmas. Gennaro Esposito, the “Torre del Saracino” Vico Equense, accompanied by his pastry chef, Luigi Buonocore, proposed a revised cassata.